The Microsoft Surface Pro 4 draws the most attention in the 2-in-1 tablet/laptop market, but the new Samsung Galaxy Tab Pro S is trying to steal some of its thunder. These two Windows devices appear similar, and have nearly identical price tags. But many of their details are quite different. Which 2-in-1 one is best for you?

These tablets are almost the same size; Samsung’s offering feels marginally thinner and lighter, but the difference is slight. Specifically, the TabPro S is 11.4 x 7.8 x 0.25 inches, and 1.5 pounds, while its rival measures 11.5 x 7.9 x .33 inches and weighs 1.7 pounds.

Both are well constructed and very professional looking — sleek but businesslike. The Surface Pro 4 is available only in silver, while Samsung offers black and white casings for the TabPro S.

One design feature that really sets these two apart is the kickstand built into the Surface Pro 4, which can be set at a wide range of angles. The Samsung device, by contrast, needs to be attached to its keyboard folio to have access to its stand, which offers only two angles. This makes the SP4 much easier to use without its clip-on keyboard for a wide range of tasks.

Microsoft put a slightly larger, 12.3-inch screen, into its Windows tablet the difference really isn’t noticeable, as the Galaxy TabPro S has a 12-inch display. With the two side-by-side, you really have to strain to notice the difference.

Samsung used a Super AMOLED screen, rather than the traditional LCD Microsoft used in the SP4. With the two side-by-side in an office environment, they both look great. We were expecting the TabPro S to be significantly better looking, but that’s not the case. Samsung’s display is easier to see outdoors thanks to its higher contrast, but the real difference is reflected in the battery as AMOLED consumes less power. More on that below.

The Galaxy TabPro S includes a USB Type-C port, which it uses for charging, data transfers, and accessories. It also has a traditional headphone jack. This is the direction all tablets are heading. The Surface Pro 4 has a full-sized USB Type-A port for data and accessories, a proprietary power port, a Mini DisplayPort for a monitor, and a headset jack. Samsung’s method is a lot simpler and much more futureproof.

Microsoft put a microSD card slot in its offering, but the TabPro S lacks one, making it harder to expand the memory of this computer.

Windows 10 no longer requires a physical button to open the Start Menu, so Microsoft eschewed including on in its device, but Samsung put one in, on the right side. Aside from this, both devices have essentially identical power and volume controls.

The Samsung Galaxy TabPro S has a pair of stereo speakers located on its sides, while the Surface Pro 4 has dual front-facing speakers. There’s really not much difference between the amount of sound these put out, as both get the job done.

The TabPro S is a true 2-in-1, as it comes bundled with a keyboard that can convert the tablet into a laptop. The Microsoft Type Cover is a separate $129.99 purchase ($159.99 for the Type Cover with the fingerprint sensor), and it’s something most people are going to want as it’s a better input device. Not only is it less cramped, a design flaw with the magnets and sleep/wake smart-cover function in the TabPro S causes the tablet to go to sleep when the keyboard is folded over the back.

For a direct comparison, Microsoft’s keyboard area is 10.5 x 4.0 inches, while Samsung’s is 10.6 x 3.7 in. The Type Cover keys measure 0.6 x 0.6 inches, with a bit of space between them, but the TabPro S keys are 0.7 x 0.7 inches, with no space. The Type Cover also magnetically attaches to the display’s bottom bezel, creating a sloped typing area that is more comfortable than a flat lying keyboard. Microsoft’s keys are also quieter.

When it comes to trackpads, bigger is always better. Microsoft’s design made room for a 3.9 x 2.1 inch trackpad, while Samsung squeezed in a smaller 3.5 x 1.7 inch trackpad.

The very useful Microsoft Surface Pen comes bundled with its respective device, while Samsung sells its Bluetooth pen separately. Microsoft is rolling out many new Windows 10 pen features, and TabPro S owners will want that pen to take advantage.

Microsoft offers 10 different Surface Pro 4 configurations, while Samsung offers one main TabPro S. Samsung has mentioned a 256GB version, and a 4G option, but those are not readily available to US consumers as of this writing.

In this performance comparison, we’re going to concentrate on the two similar configurations, both with Core m3 processors, 4GB of RAM, and 128GB of built-in storage. Both retail for $899. Potential buyers should be aware that each step up the Surface Pro 4 configuration scale adds between $100 and $500.

Both the TabPro S and the Surface Pro 4 use a 900MHz-2.2GHz dual-core Intel Core m3-6Y30 sixth-generation processor, and they have the same amount of RAM, which helps explains why the performance of these two is generally similar. They also both use Intel HD graphics 515, which doesn’t explain why Microsoft’s device did better in our 3DMark11 test. The TabPro S slightly bested the Pro 4 in the storage speed test, however. 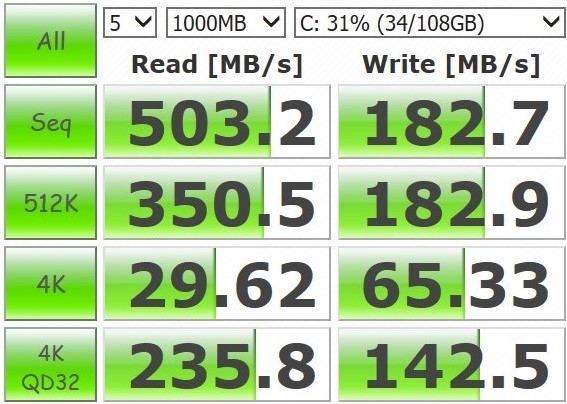 The TabPro S doesn’t have a fan, and neither does the Core m3 version of Microsoft’s tablet, so both devices run quiet and cool. Of course, the Core m processor line was designed for fanless devices, so this is no surprise. The more powerful Surface Pro 4s have a fan.

Neither is bundled with a free subscription to Office 365, but they do come with Microsoft’s other productivity applications, including OneNote, most of which saw significant improvements with Windows 10. The TabPro S also ships with some proprietary Samsung apps, including Samsung Flow, which pairs with a recent Samsung Galaxy smartphones for biometric security and alert sharing.

Thanks to Windows Hello, the Surface Pro 4’s front-facing camera can recognize authorized users, and use this facial recognition in place of a password or PIN to unlock the tablet. Samsung’s camera isn’t up to this.

Samsung powers its tablet/laptop with a 5200mAh battery, while the Surface Pro 4 includes a 5087mAh battery. The TabPro S has room for a higher-capacity battery because of its Super AMOLED display, which doesn’t require a backlight. It takes up less room than a traditional LCD display. This newer type of screen also uses less power. Together, these facts explain why the Galaxy TabPro S has a significantly longer battery life than its Microsoft rival.

We used a “torture test” to compare the battery lives of these two, streaming Netflix over Wi-Fi with Bluetooth on, and with the display set at max brightness. The Surface Pro 4 lasted for lasted 3 hours and 58 minutes in this test, the TabPro S lasted 6 hours and 14 minutes.

There’s no clear winner in the competition between the Samsung Galaxy Tab Pro S and the Microsoft Surface Pro 4. Both are excellent 2-in-1s, and each has areas where they are stronger than their rival. Users will need to decide which of these laptop/tablets is the best fit for them.

The Surface Pro 4 ships with a pen, and has a better clip-on keyboard. But this adds at least $129.99 to the cost. The Core m3 version also performed a bit better in most of our benchmark tests than its similarly-equipped rival. It’s also the one device in this competition that has a microSD card slot.

The TabPro S has a significantly longer battery life, and its USB Type-C port takes the place of the hodgepodge of ports in its competitor. It also comes with a keyboard, but no pen.

The version the Surface Pro 4 with a Core m3 processor, 4GB of RAM, and 128GB of built-in storage is $899, and the Samsung model with this same configuration costs exactly the same.

The Samsung Galaxy TabPro S comes with a keyboard cover, while the Microsoft Surface Pro 4 ships with a pen. The Microsoft Type Cover costs $129.99 or $159.99 (with fingerprint ID), while Samsung has not announced price for its TabPro Pen as of this writing.

It should be noted that while our comparison concentrates on the Core m3 versions of these two computers, Microsoft alone offers more powerful Core i5 and Core i7 versions, with greater amounts of RAM and storage than are available from Samsung’s 2-in-1. These come with higher price tags, ranging from $999 to $2,699.